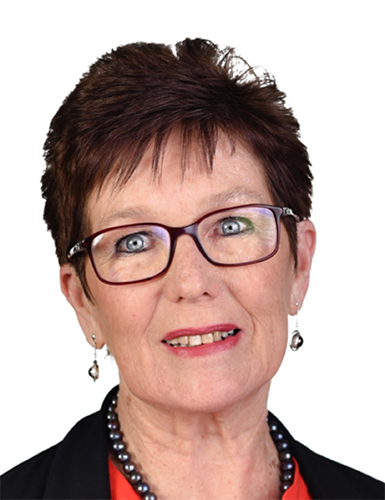 Dianne trained under Majorie Sturman from the tender age of 4 years and graduated from the Johannesburg Art, Music, Ballet and Drama school and was accepted into PACT Ballet Company at the age of 17. She continued dancing professionally with CAPAB touring and performing with them until the end of 1973, before making the transition to becoming a well renowned ballet teacher. In 2002 she graduated from Durham University in London with a B.Phil (Hons) degree in Ballet and Contextual Studies of Dance. She has been the South African representative of the Executive Committee of the Royal Academy of Dance for whom she is an International examiner since 1983, and in this capacity has travelled extensively both nationally and internationally. She was a senior lecturer at the University of Cape Town Dance Dept for 26 years and has been teaching for over 40 years. Over the years many of her students have gone on to dance professionally both nationally and internationally and many of her students have graduated as dance teachers.

Dianne is founder and Director of the CAPE JUNIOR BALLET COMPANY (CJB), which consists of many talented, aspiring young dancers. Dianne is a tutor for the Royal Academy of Dance and since retiring from UCT continues to share her passion of teaching and coaching on a freelance basis. 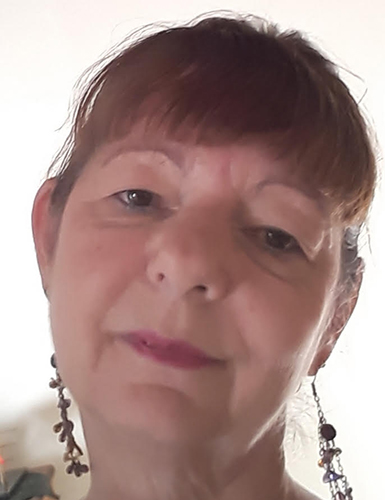 Born in Bulawayo, Nicolette was trained in the Cecchetti method in ballet; she also studied Tap, Modern and Highland. She studied at UCT Ballet School and graduated with distinctions and was accepted into the CAPAB Company in 1976. She was a Principal Dancer for CAPAB for 16 years. Her portrayal of Carmen won her the 1987 Nederburg award. Her last performance was 1994. Nicolette was ballet mistress for CAPAB from 1994-1995 after which she resumed her Cecchetti studies and after attaining the Associate status and teaching diploma opened her own dance studio where she taught for a number of years. She guest teaches for the Cape Town City Ballet and Dance for All. She joined CJB as part of the teaching faculty and choreographer since 2005. 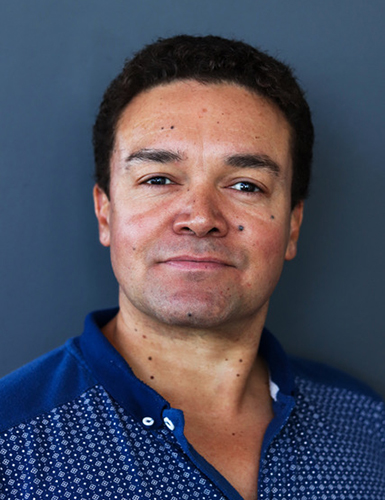 Born in Pietermaritzburg, Robin trained under Brenda Maclachlan and then Dudley Tomlinson at the University of Cape Town School of Ballet. He joined NAPAC in 1990, moving to PACT ballet in 1991. He joined the Cape Town City Ballet in 1997, where he performed as Principal dancer. Robin was also part of the international touring cast of the musical Cats. He was the recipient of Cape Town’s FNB Vita award. In 1999 he choreographed his first one-act ballet Geisha for the CTCB. Robin has choreographed many successful children ballets for youth group around South Africa. He was appointed Artistic Director of the CTCB from 2008-2019. Robin has been part of the CJB teaching faculty and has choreographed many ballets since it was founded in 2005. 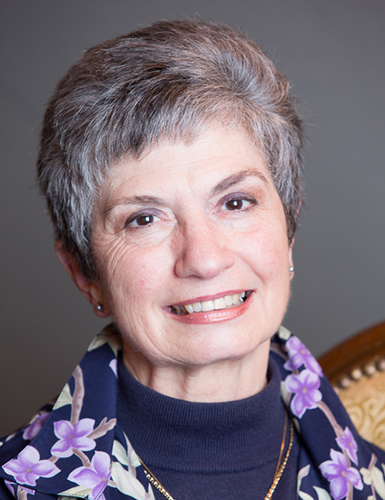 Elizabeth Triegaardt began dancing at aged 3. She matriculated at Hyde Park High School in Johannesburg and graduated from the University of Cape Town, with a Bachelor of Science degree in pure mathematics in 1966. That same year she was awarded the Solo Seal from the Royal Academy of Dance. In 1967, Triegaardt joined the CAPAB Ballet Co as a Principal Dancer and in 1971 she also became the Ballet Mistress. She danced most of the leading roles in the company’s repertoire, considering her best roles to have been the Elder Sister in Frank Staff’s Transfigured Night, the Sphinx in Paeper’s Drie Diere, the Fairy Godmother in Paeper’s Cinderella and the Black Swan in Labis’s Swan Lake. She retired as a dancer in 1990, aged 44.

In1986, while still performing with the CAPAB Ballet Co, Triegaardt was appointed Director of the UCT Ballet School. In 1997 she succeeded in getting the first dance degree recognised in South Africa, with majors in classical ballet, contemporary and African dance. In 2007 she retired from her post as Head of the UCT Dance Department and in 2011 retired from UCT as an Emeritus Associate-Professor.

From 1997 to 2018, as the Honorary Executive Director of the Cape Town City Ballet, she produced all the recognised classics on multiple occasions, and acted as ballet mistress for other ballets by Veronica Paeper, Viktor Vynonen, Hans Brenaa, Andre Prokovsky, Rudi van Dantzig, Ashley Killar, Liane Lurie and Marc Goldberg.

After 25 years she continues to host a weekly Sunday programme on Fine Music Radio, called Invitation to the Dance.

Awards include the Nederburg Prize (1975), a Vocational Service Award from the Rotary Club of Cape Town (2001), a Khula Arts Award – Dance (2004) and three awards from the Western Cape Department of Cultural Affairs and Sport (2003, 2009, 2017) for her outstanding contribution to the performing arts and dance in particular. She was recently awarded a Fellowship by the ROYAL ACADEMY of DANCE – only the ninth South African to be awarded this honour in 100 years.

Triegaardt has been the Patron of the CAPE JUNIOR BALLET since its inception. 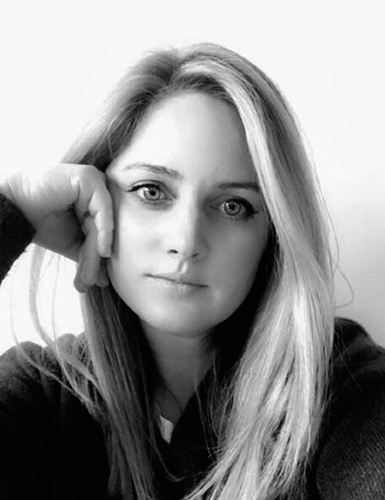 Kirsten was trained by Joanna Wright in the Eastern Cape and then went on to study at the University of Cape Town. During her four years of study she apprenticed with the Cape Town City Ballet and after completing her degree in 2006, she joined the Company full-time. During her dance career with the CTCB, Kirsten started choreographing for the company as well as CAPE JUNIOR BALLET COMPANY, under the Directorship of Dianne Cheesman and became a member of their faculty.

Kirsten was appointed as the first South African commissioned choreographer for the Royal Academy of Dance’s Genée International Ballet Competition. She continued her relationship with the RAD as adjudicator for events such as the Genée Silver Trophy and Bursary Award. In 2009, she joined Bovim Ballet as a soloist and repetiteur and from 2011-2013 Kirsten performed with the international touring company for Phantom of the Opera. She has created various works for the Cape Town City Ballet, some of which include Small Transfigurations, Of Gods and Men and Largo Variation. She has also created works for the Cape Dance Company and has been classical resident choreographer for the Cape Academy of Performing Arts for the last four years. Kirsten continues to create full-length youth ballets, competitive solos and serves as adjudicator and tertiary external examiner for classical dance nationally. 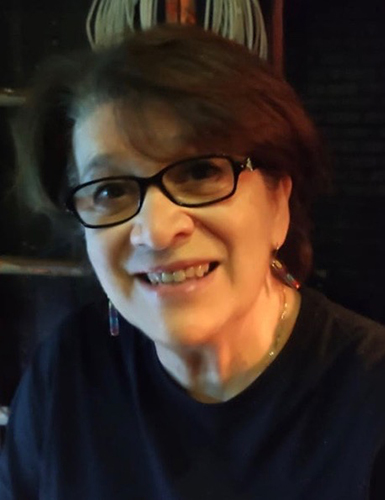 Lindy Raizenberg has been a member of the Cape Town dance community for many years. Originally a dancer and choreographer with CAPAB Ballet Company (now Cape Town City Ballet), she followed a career in teaching at UCT School of Dance, where she received her Masters degree in Choreography 2003. She is also an established Irish Dance Teacher having received her Irish Dance Teaching Diploma (TCRG, CLRG) and her Adjudicating Diploma (ADCRG, WIDA).

Lindy has recently accepted a part-time position with the CTCB as technical and operations stage manager.

Lindy has choreographed a number of works for CJB including Tan Bi and Back to Bach which was performed in 2009 at the Grahamstown Festival. 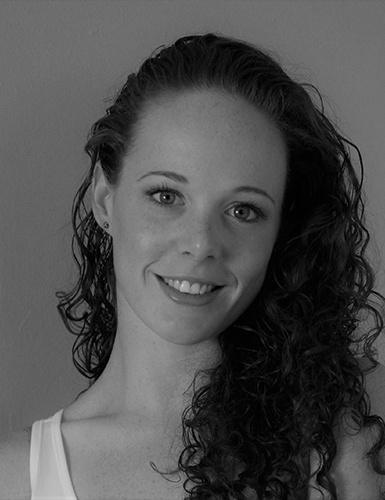 Megan Black is an experienced performer and a talented, passionate choreographer and teacher. She completed her Bachelor of Music in Dance Performance at the University of Cape Town majoring in Classical Ballet, Contemporary dance and Choreographic Studies.

Miss Black has followed her passion of performance and choreography through various paths, performing, choreographing and teaching both locally and internationally. Teaching is a passion for Megan and she finds immense joy in sharing the love of dance with her students.